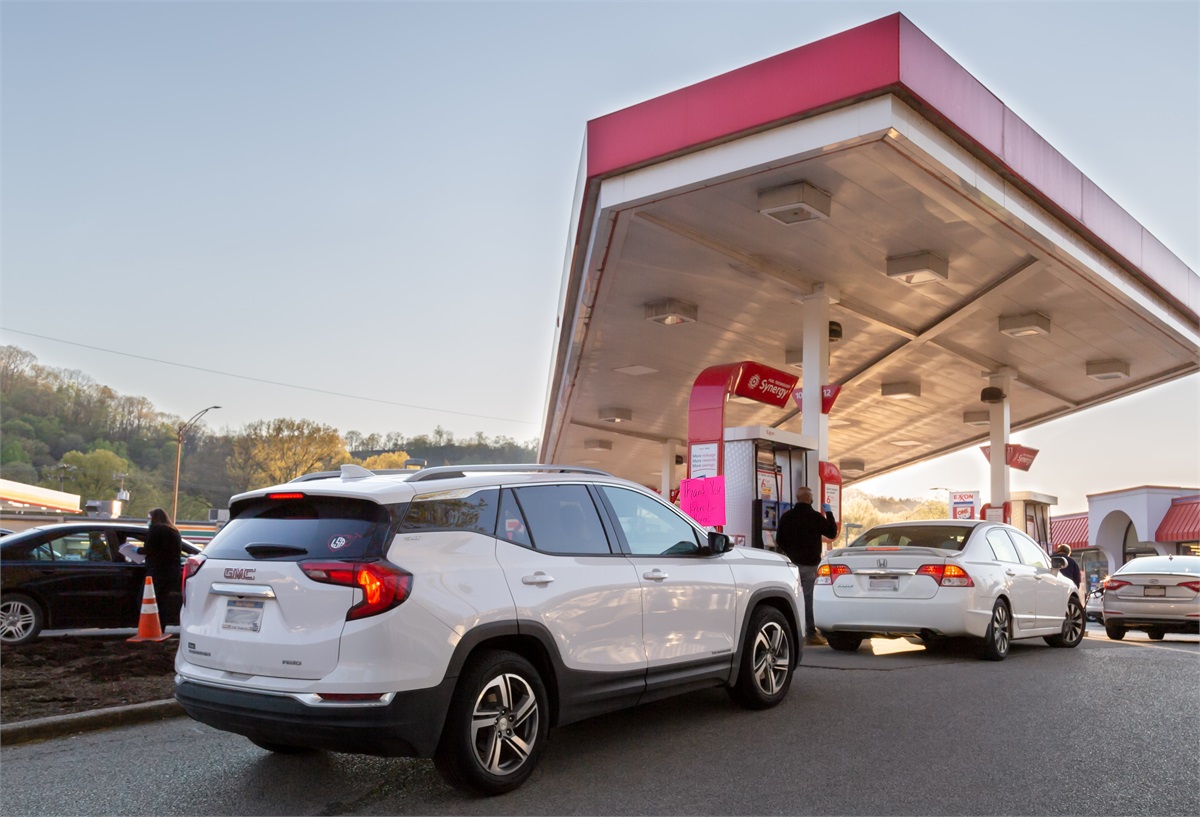 On April 6, 2020 during the Monday Morning Management Meeting, Randy Young (President of Affiliated Financial Group) brought to the table the idea of giving gas to the nurses and healthcare workers at their local area hospitals. Jon Matuszkiewicz (Vice President) and Rosemary Shrader Tate (Executive Assistant) agreed. Randy had heard his local radio station (97.5 WQBE) discuss how a gentleman in another state had paid around $900 for gas for nurses and Randy wanted to do something to give back as well. From there a plan was formed to host a ‘pumping gas for nurses’ event during the AM commute home for most healthcare workers.

They knew they would have to limit the amount to $25.00 per person to comply with industry ‘gift giving’ standards. So they initially decided on 100 nurses for a total $2,500 would be the limit. Randy and Jon reached out to their local radio and new stations to make sure the nurses and healthcare nurses knew what they were planning. In their first radio broadcast, they issued a challenge to other financial professionals to step up and give back. They never imagined it would turn out the way it has.

They were first contacted by Phillip Garlow and Tina White with Garlow Insurance based out of South Charleston who said they would contribute and do an evening event the same day as Affiliated Financial Groups morning event (Thursday, April 9, 2020). This way night and day shift workers could be included.

Dr. Sam Kalou from Mountaineer Family Medicine reached out and wanted to help contribute to the morning event so more nurses could be included.

Randy and Jon returned to 97.5 WQBE to give the update and let them know more would be included. They would pump gas for 150 nurses in the morning and an additional 150 in the evening for a total of 300 nurses. Initially they did limit advertising to just Nurses, but they still accepted all healthcare workers who showed their ID badge or a letter from their medical facility.

The local Exxon One Stop in Kanawha City, WV agreed to help with the cost. For the 2 hours they held the event, the owner/manager agreed to set the price lower so more healthcare workers could participate. After a successful event, Jon and Randy returned to work on Friday and never imagined what would happen next.

On the Friday following the event, Randy was contacted by a local realtor – Peggy White, Realtor with Old Colony (R. Joseph Miller, Broker) – who stated she wanted to participate and give back to the nurses and health care workers. Peggy has family who work at the local hospitals and she knows they would appreciate it.

Randy was also contacted by Leigh Ann Ford and Karen Sweeney from Ford and Sweeney Accounting & Tax, LLC who said they wanted to give back to the folks in their local community as well.

Jon was contacted by Eric Jackson from Summersville Lake Rentals and Amelia Evans from Shafer Equipment, LLC. Both stated they wanted to give back as well.

So Randy and Jon started planning a second Pumping Gas for Healthcare Workers event. They decided to leave it open to anyone in the medical field who has a badge they can show or can provide a letter from their medical facility. They reached back out to their local radio station (97.5 WQBE) and local tv news stations to get the word back out for the healthcare workers.

Local businesses were still wanting to give back and continued to reach out to Randy and Jon to see if they would be willing to do more ‘pumping gas for healthcare workers’ event in Kanawha City, WV.

And finally, on Thursday, May 7 from 7PM – 9PM, Affiliated Financial Group and Burnside Law pumped gas for 248 healthcare workers in Portsmouth, Ohio.

Overall a total of 1,432 healthcare workers received gas for approximately $30,000.

We know that during this time, it is hard to still see the good in the world when you are surrounded by so much negativity. While we are doing something as small as pumping gas, it has meant a lot to many of the healthcare workers who have come through our lines. Many of the comments we receive have been that they thought it was a hoax, several workers were in tears, many were sitting on empty trying to figure out how to get enough gas for the next day when they heard us on the radio, one nurse even got out of her vehicle and prayed over all those who were pumping the gas and there to receive gas.

All this started because of a segment Randy heard on the WQBE morning air show by Jake….